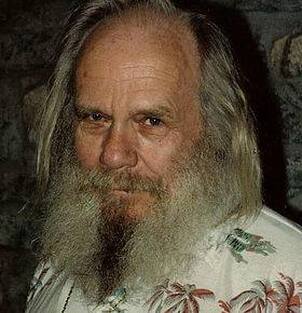 Dr. Arthur Lincoln Pauls developed Ortho-Bionomy after he encountered Strain and Counter Strain during his training to be an Osteopathic Physician. A judo instructor for 20 years, Dr. Pauls began to attend Osteopathic School in the mid 1960’s in England. During this training he encountered the work of Lawrence Jones, D.O., and his paper, “Spontaneous Release by Positioning.” Later, Jones began to call his work "Strain and Counterstrain." This form of therapy is now known generically as "Positional Release."

Dr. Pauls began to explore this work at first to decrease the time it took for spontaneous release to occur. He also added his understanding of judo, which works with moving opponents by exaggerating their movements with minimal effort. He looked at the reflexes that were stimulated by spontaneous positioning techniques to refine his understanding of the process of self-correction and create techniques that worked on many different levels.
​
Pauls chose the word “Ortho-Bionomy” for his new system. The word Ortho-Bionomy comes from “Ortho” or straight, “bio” or life, and “nomy” which means the principles or laws governing. Together it means “the correct application of the natural laws of life.”

Throughout the development process of Ortho-Bionomy Pauls followed the Osteopathic notion that the body has all that it needs to heal itself, and that the practitioner only has to help the client re-discover their natural way to be well. In 1976, Dr. Pauls began to teach Ortho-Bionomy to students in the US. He continued to develop and share his work until his death in 1997.

Conditions Helped by Ortho-Bionomy
What's a Session Like?
How does O-B Work?